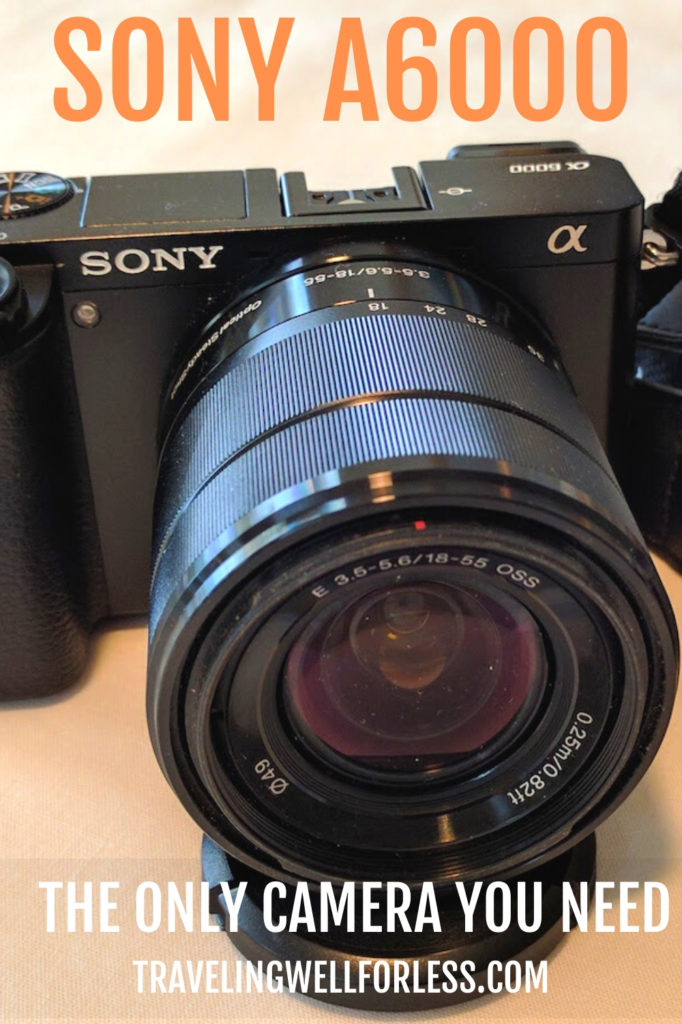 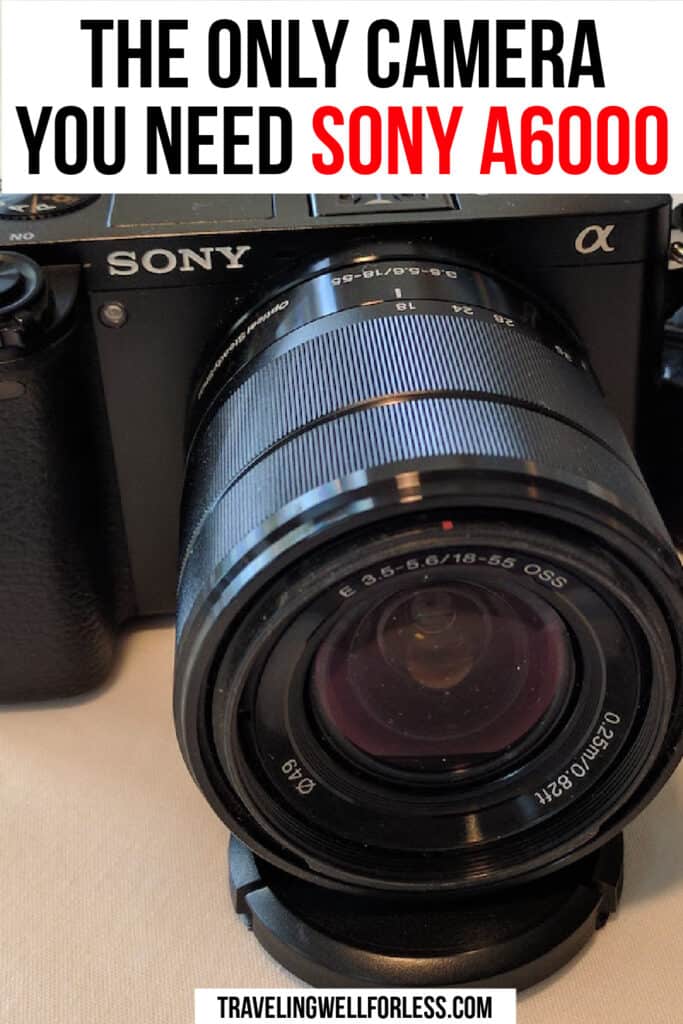 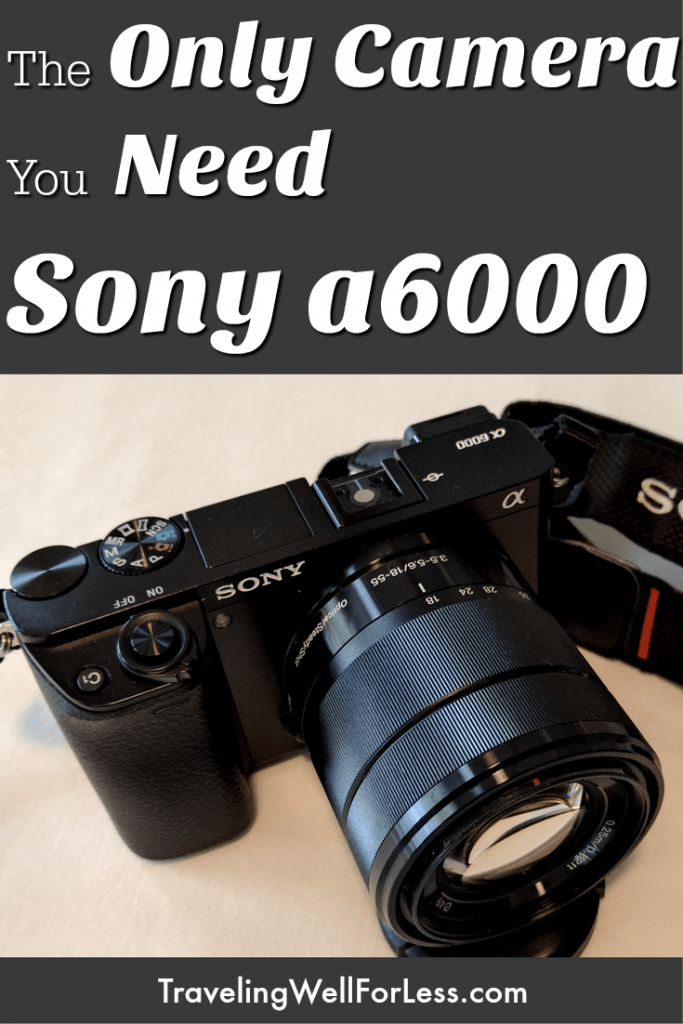 In May a couple weeks before my 19-day quasi-round the world trip, I bought a Sony a6000. As a long-time Nikon girl, this was a huge decision for me. It wasn’t one I went into lightly. But my health depended on it. Here’s my Sony a6000 review. 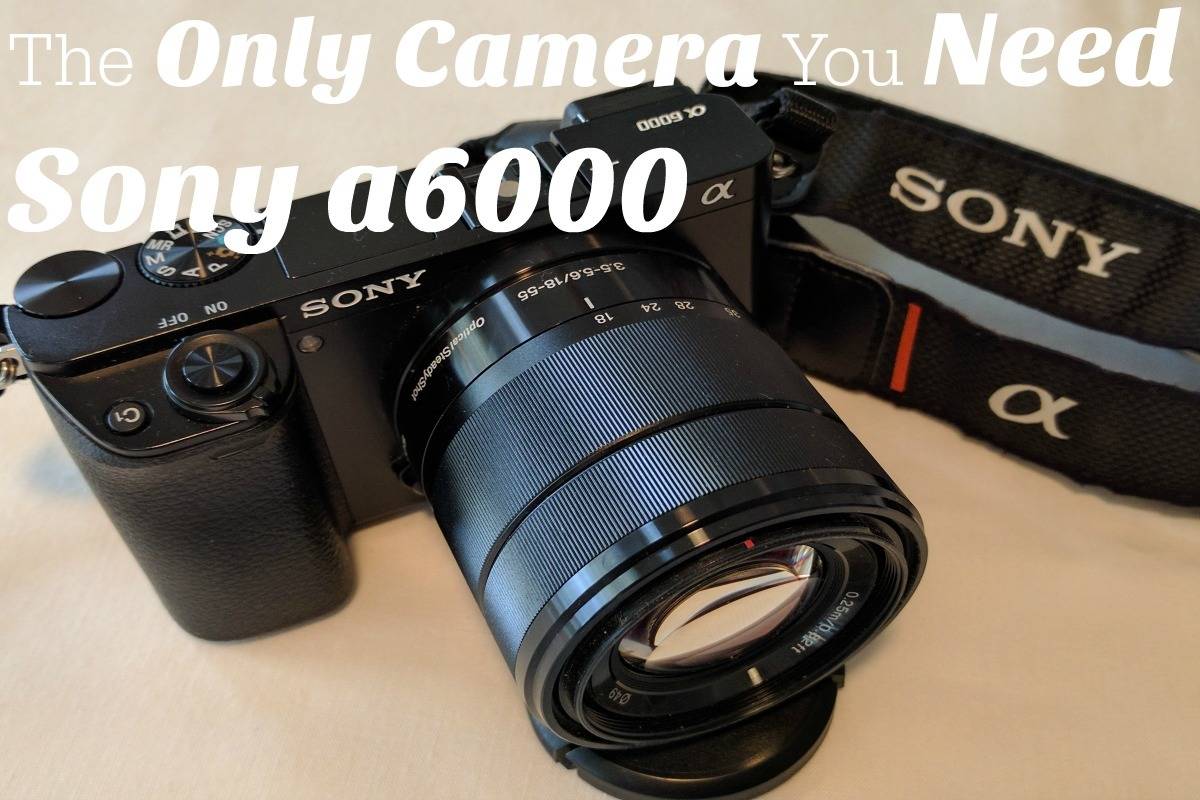 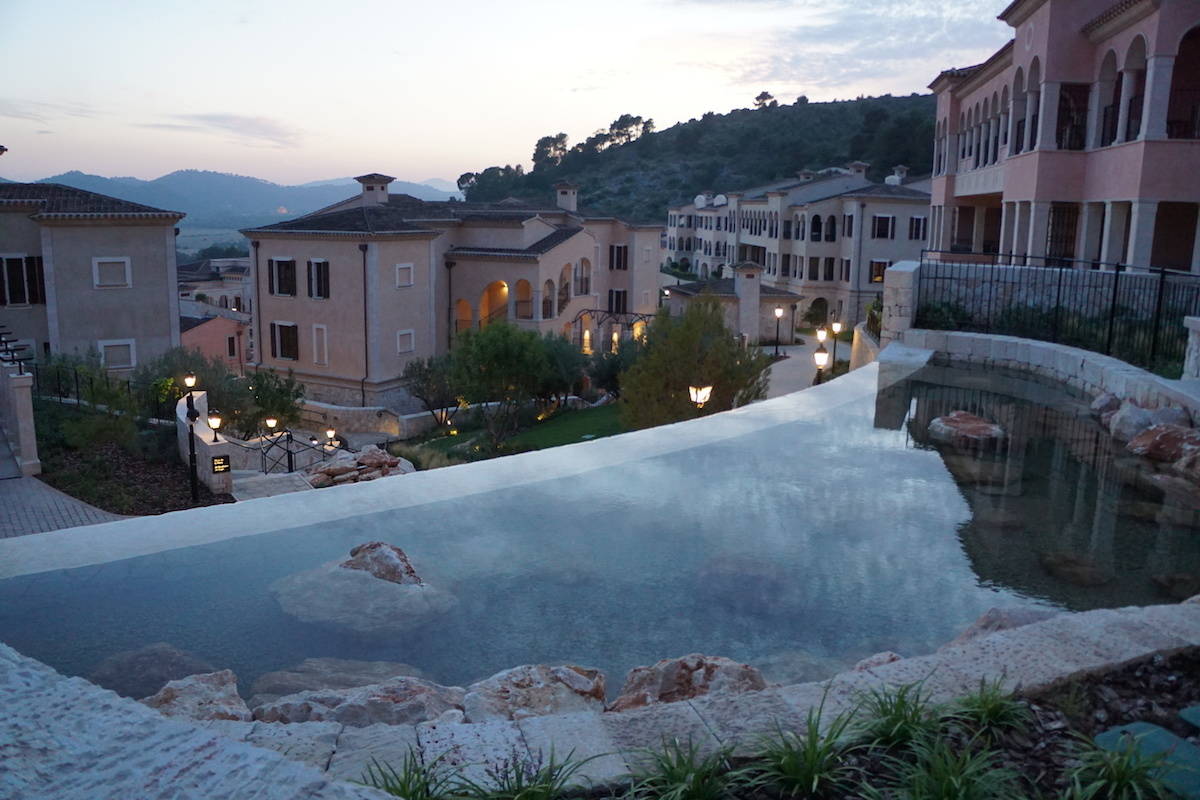 The Sony a6000 makes taking low light photos a snap.

I take a lot of photos all the time, especially when traveling. Because I can’t get good low light photos with my iPhone, I bring a camera.

Plus a large camera takes up room in your backpack or carry-on bag and adds extra weight. Not what you want when you’re traveling internationally and they weigh bags, including backpacks, that look heavy.

But the bummer about having big cameras, because they are so heavy I left them at home on some trips like when I went to Milan, Dublin, and the first time I visited Abu Dhabi and Dubai.

So I needed a camera that was small, light enough to bring with me all the time, and takes great pictures. In other words, the Sony a6000. 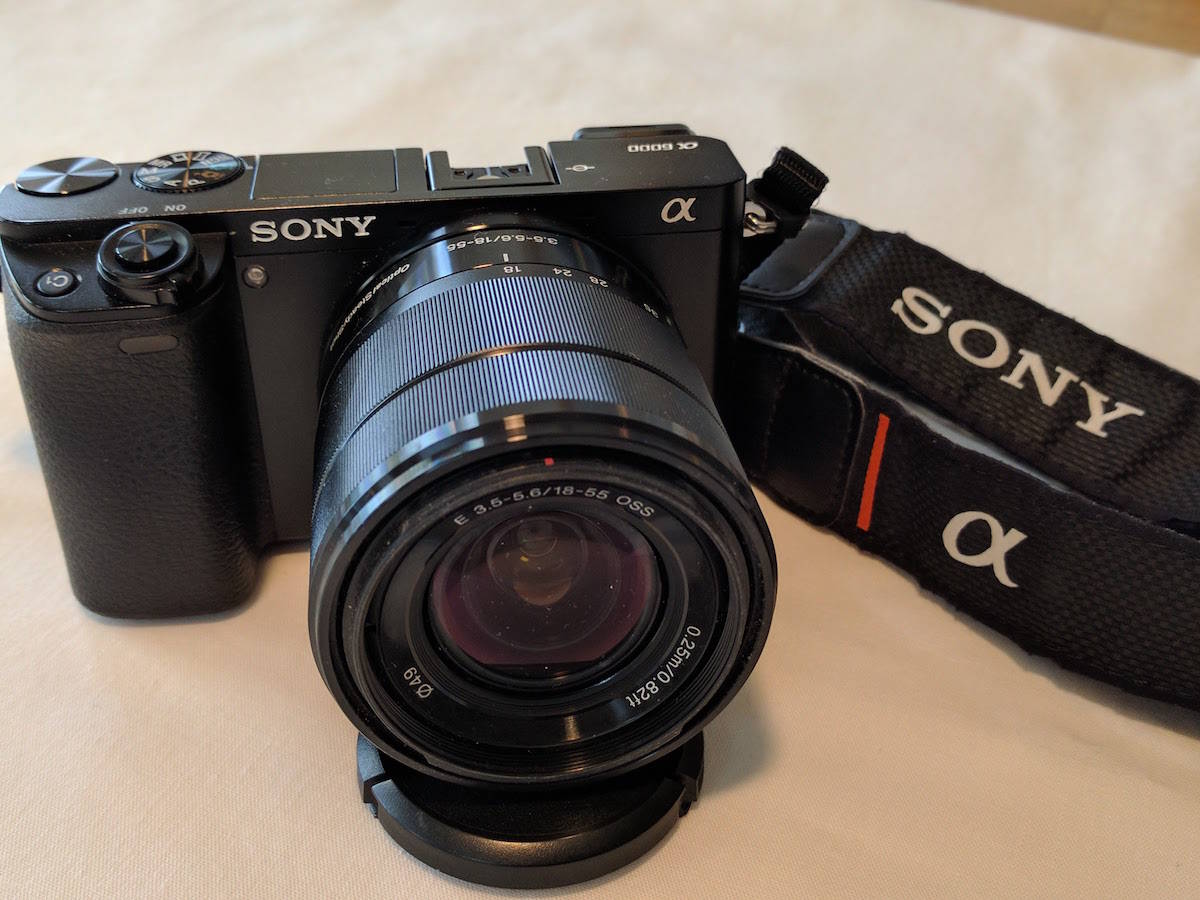 The Sony a6300 is the newest version of their E-mount mirrorless cameras.

Pro-tip: For the same price as the Sony a6300, you could buy the full-frame Sony a7. 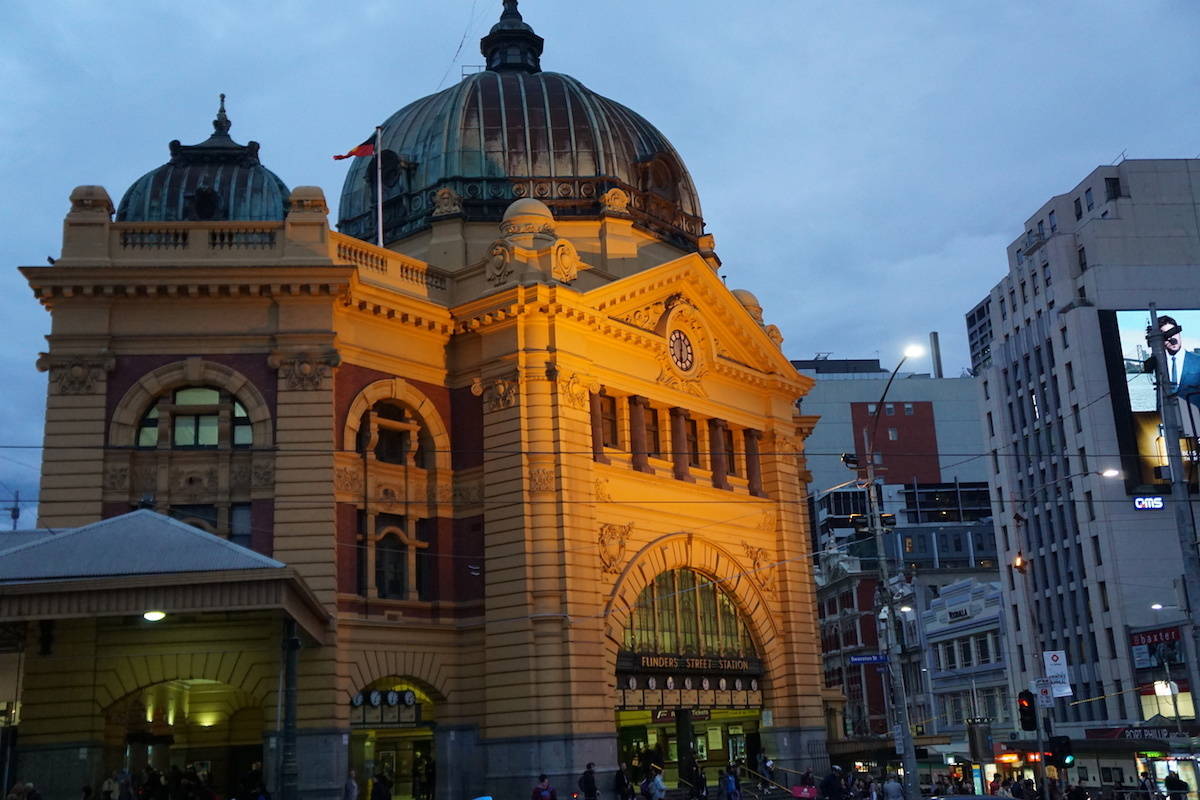 At only 1 pound, the Sony a6000 is light enough to carry all day

Although the Sony a6000 doesn’t have a mirror, it doesn’t make it any less capable than a DSLR camera. All of the photos in this post were taken with my Sony a6000 (except for the photos of the camera).

What it does is make it significantly lighter. Light enough to eliminate that extra weight and avoid neck and back pain.

Because the Sony a6000 is a small camera, it looks like a point and shoot camera. Which makes it totally low profile.

So low profile that I can take photos without attracting attention to myself. Which if you lug around a giant DSLR, you know that’s totally impossible.

With my D50 and D7000, I couldn’t snap those unobtrusive photos without anyone realizing it because I had a big honkin’ camera in front of my face or attached to my arm. Oh sure, I’ve taken many shots where I’d raise my arm snap away from waist high. So it wouldn’t look like I was taking pictures.

But sometimes you want or need a different angle. Or the shot just isn’t right that low. You need a better vantage point.

And that’s where the Sony a6000’s size comes into play.

You look like you’re using a point and shoot camera. And you can take as many photos as you want without being bothered. Plus it fits in my cross-shoulder body bag. And I even have room for my glass case, passport, wallet, chapstick, and keys.

Being a Nikon girl, I wanted to stay true to Nikon but the Nikon 1 didn’t have as many great reviews as the Sony a6000.

I spent countless hours researching all mirrorless cameras, including the Fuji X-T10, Fuji X-A3 (because it’s cool and retro looking), and the Leica X (out of my price range).

And I saw the Sony a6000 everywhere: traveling, on press trips, etc. There was always someone who had a Sony a6000.

So I caved and went Sony. And I haven’t regretted it for a moment. 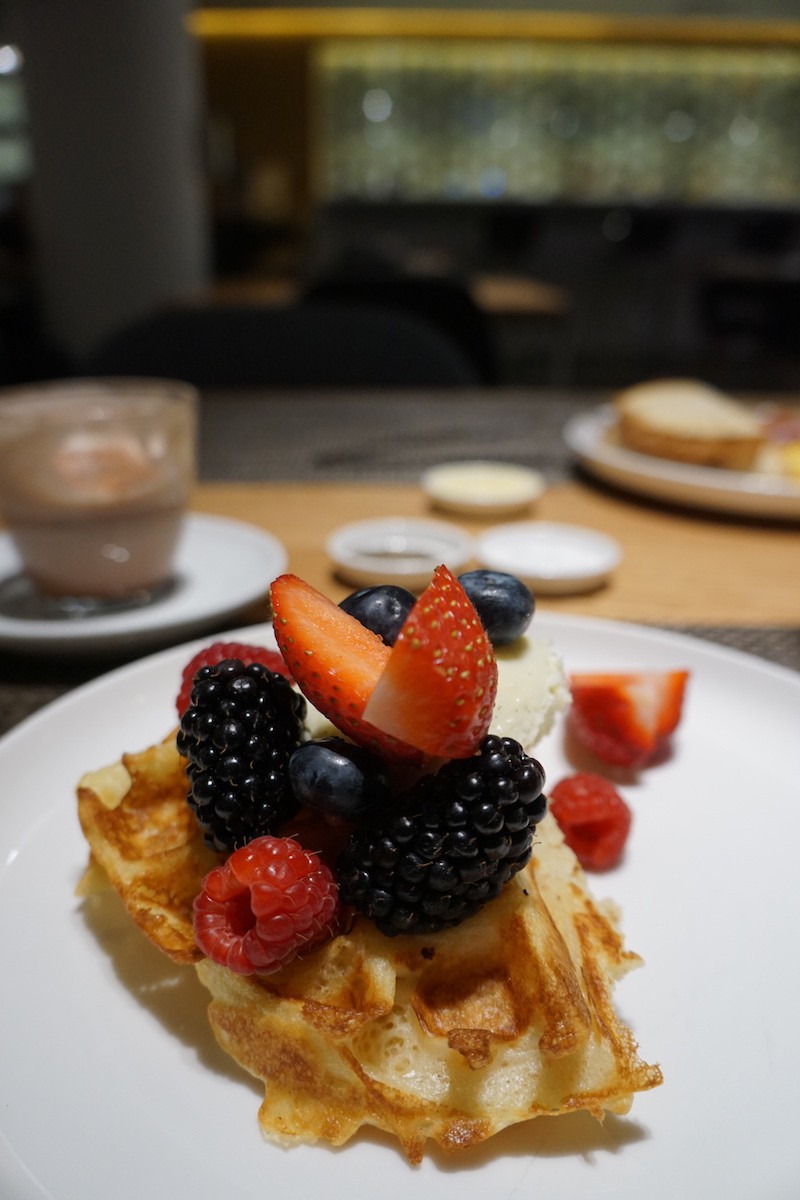 You can quickly take a picture of your food without being obvious.

As I mentioned earlier, it’s so much smaller than a DSLR. I love that it fits in my bag. I can bring it with me at all times. All those moments when you’re like, “Oh, I wish I had my camera.” Nope, not gonna happen anymore. Because you’ve got your little amazing camera with you.

You can buy an adapter and use your Nikon lenses or Canon lenses (if you play for the other team) on your Sony a6000. So if you already have a wide angle lens or 35mm lens, you’ll have some money.

Because Wi-Fi is built-in, you can send your photos to your smartphone instantly. Which means you can upload to your social media accounts like Facebook, Instagram, etc. without having to wait until you get back home or to your hotel.

I haven’t used this function yet because I use an Eye-Fi SD card which does the same thing and transfers the photos to my iPhone instantly. But I like that I have an extra option if my Eye-Fi card is full or if I’m using a different SD card.

Pro-tip: Use the Wi-Fi function to back up your photos. Just in case anything happens to your camera before you get a chance to download your pictures. 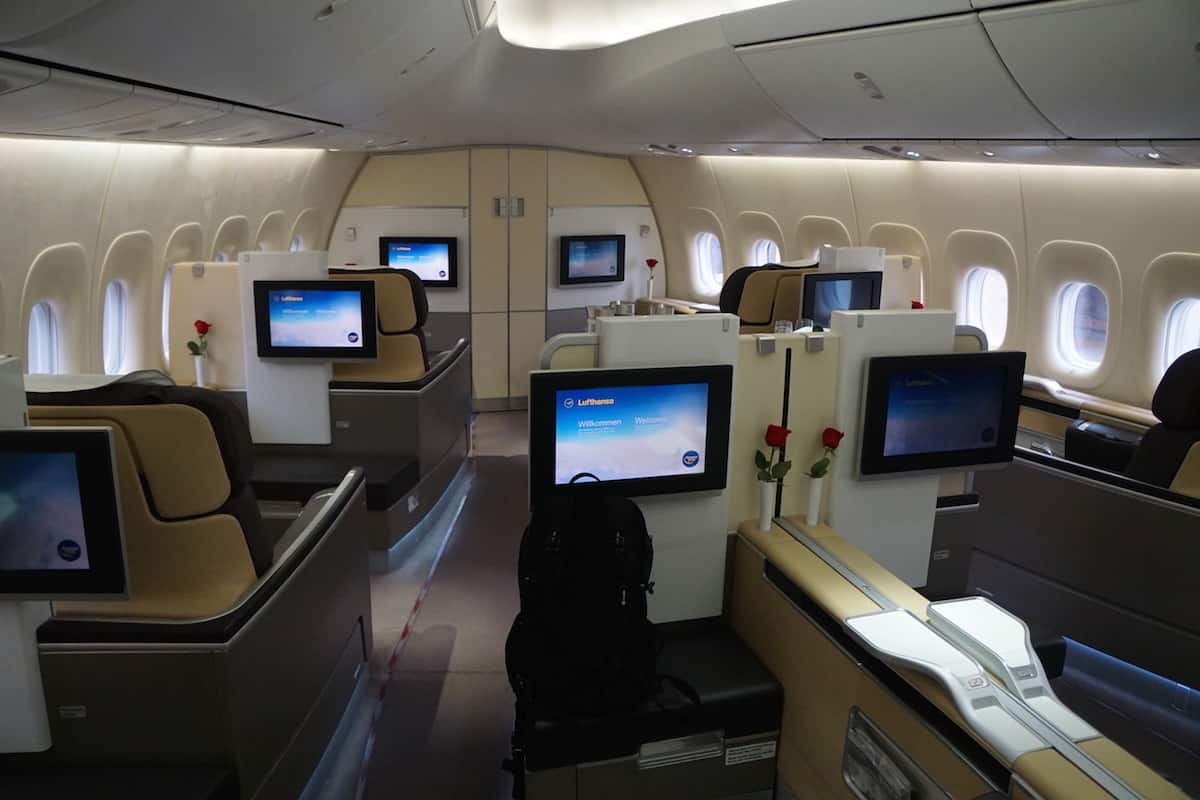 When you’re first to board, the shutter noise won’t bother anyone

The shutter noise aka little beep it makes when it takes a photo. You can’t turn it off.

While it’s just a little beep, it’s annoying none the less. No more secret shots snapped off.

So when that cabin crew tells you to stop taking pictures, you can’t keep taking them like you could with stealth cameras like the X or Y. You have to stop taking photos. 🙁

You can’t charge the battery outside of the camera. Meaning the battery has to be in the camera to charge. Which means you can’t use your camera while the battery is charging. 🙁 This is my least favorite thing of the Sony a6000.

But you can buy a compatible battery charger like one of these. 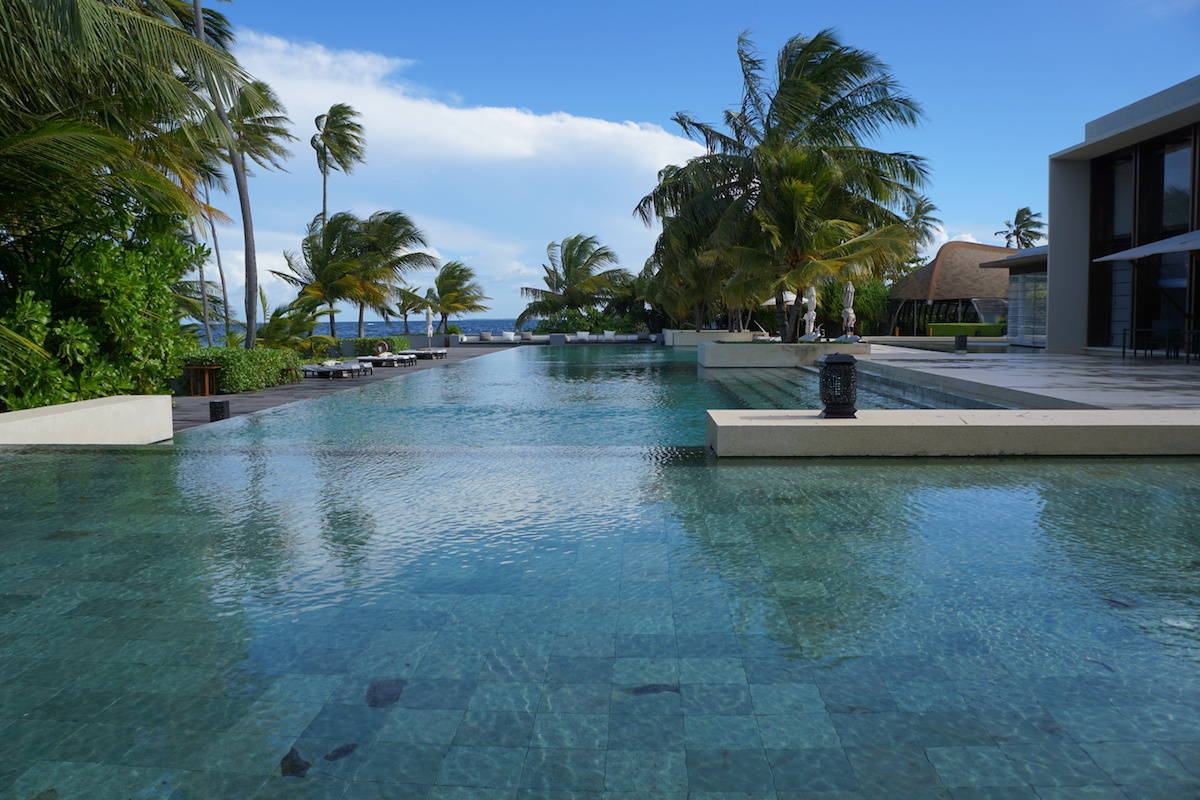 So you don’t want to take the Sony a6000 out when it could get wet like in the rain or during water sports. Instead bring your GoPro or buy a water housing.

The video quality is great. But I can’t download the files automatically to my iPhone or Mac. I have to use a separate program. 🙁 Not an issue if you are a Windows user.

When you take a photo the image you saw on the screen or through the viewfinder will not be the same final image. Because it’s cropped.

It’s a small crop but none the less, you lose a little bit. Not enough to matter to most people.

But if you’re a serious photographer, you’re probably not going to buy the Sony a6000. Because you want a full frame camera like the Sony a7R II or Sony a99 II.

My low light images come out fine with the 16-50mm kit lens but for higher quality images, you’ll want to get a lens like the Sony 35mm.

You avoid having to bring multiple lenses with an all-in-one lens like the Sony 18-200mm.

If you take landscape photos, you’ll want to get the Sony 10-18mm wide-angle lens.

Buying a UV Filter is like waxing your car. It adds a layer of protection that helps keep your lens safe. And it’s cheaper to buy another filter than a lens. This 67mm German Optics UV filter is similar to the one that I use on my camera.

I buy a lot of SanDisk memory cards. Because they’re reliable and you can usually get them on sale via Amazon or Staples. 🙂

You’ll want a tripod for landscape photos. They also work great for food photos (if you’re a food blogger). I like the Zomei Z818 Camera tripod.

I’m really glad that I switched from a DSLR to a mirrorless camera, specifically the Sony a6000. It’s so light, compact, and I can bring it anywhere.

Taking photos is so easy, just a click of the button. And I can upload them instantly via Wi-Fi.

And the price is incredibly reasonable. The Sony a6000 is available for $548 for the body only. But I recommend buying it with the 16-50mm lens for $648. Because you save $150 buying the lens with the camera over buying the camera and lens separately.

Remember you can buy an adapter and use your existing Nikon and Canon lenses.

What camera do you use when you travel?

Related posts about my 19-day quasi-round the world trip:

Pin this to your travel gear, travel, vacation, or camera boards: 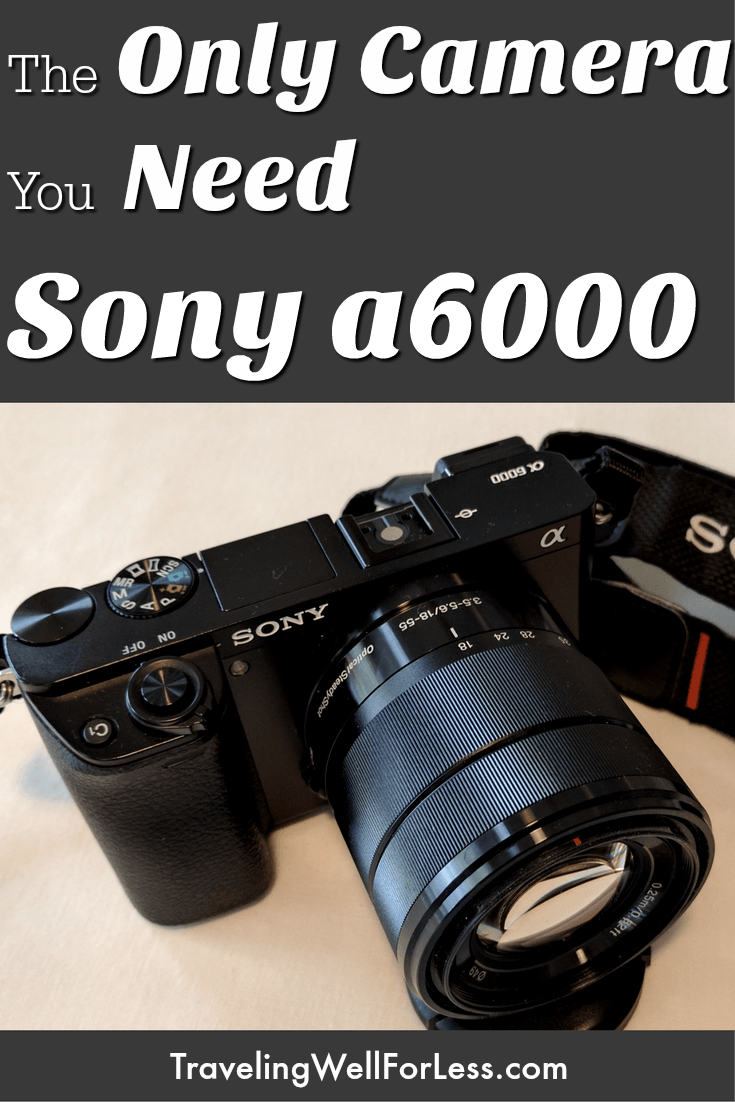 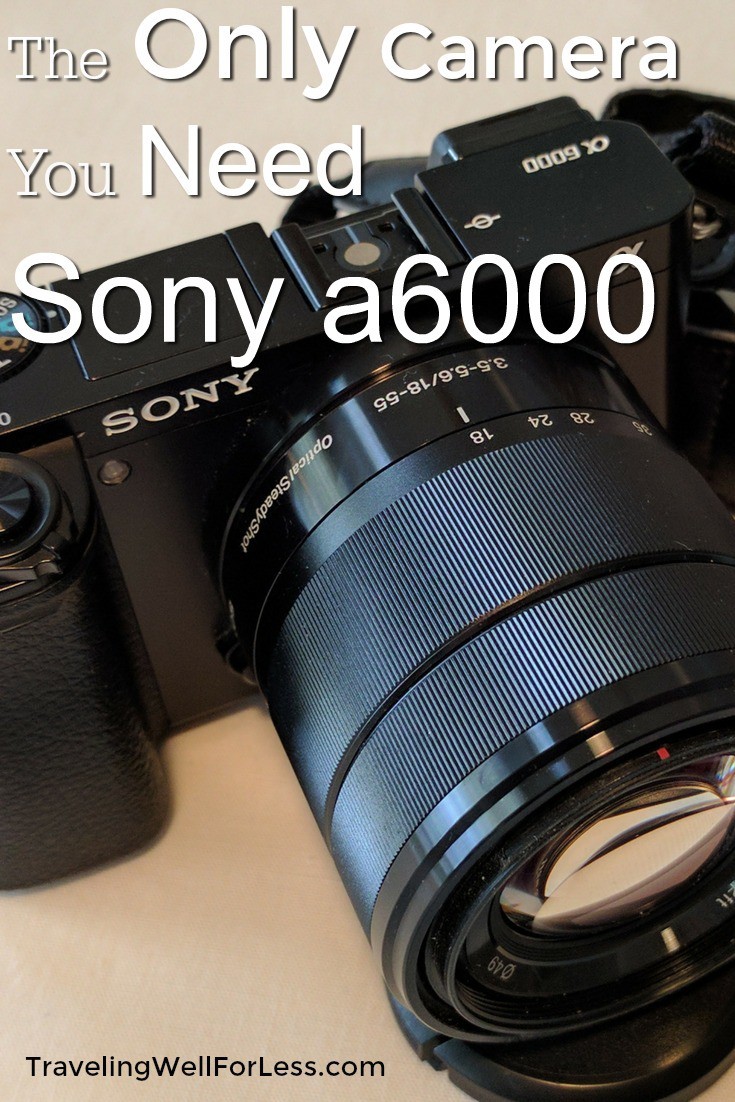 I'm a Nikon girl too but like you, I've been wanting to try a lighter system for my travels. Sony A6000 sounds like a great camera for my travel needs. Thank you for sharing!

Thank you for this nice review with photos. I'm buying a first time camera and I'm deciding between this, the a5100 and the a6000. I want a balance of portability (I don't look like "that tourist" :), it can fit in a drawstring bag on a hike, or a carry-on on a flight), but also some heft (not so tiny that I can't control it or it always feels like it'll drop).

I'd feared the a6000 might be too big...but seems fine, you're ok operating it with one hand? Also do you know how this compares to the other two sonys? I'm completely new to this, I just want photos better than iphone 6s.

Mostly I snap social stuff/friends at parties, graffiti, city streets at night, and random nature snaps on hiking trails. I'm not a pro, but I'm also ok learning--slowly--about cameras in the long term.

You can charge the battery outside of the camera! The are many after market chargers to do just that and I have one. There are even some that charge two battery's at a time.

Thanks, good point about buying a charger and extra battery. I've added a couple to the post.