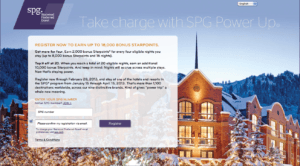 You’ll earn 2,000 Starpoints after every four stays.  With a maximum of 8,000 bonus Starpoints earned after 16 nights.

After your 20th night, you’ll receive an additional 10,000 Starpoints.

2 Easy Steps to SPG Power Up Promotion and earn up to 18,000 Starpoints:

Is the SPG Power Up Promotion worthy of a mattress run?

But wait you say. You’re forgetting the 10,000 bonus Starpoints after your 20th night.

Okay, let’s add that into the equation and see if it’s still mattress run worthy…

At $0.04 a point, I could possibly be persuaded, but realistically, how many $40 a night Starwoods are there?

While I wouldn’t do a mattress run, I’ve registered for the promotion.

I like Starwood and have had great experiences at their hotels.  And as mentioned in previous posts, I register for the all promotions, because you never know…

Summary of the fine print:

Are you going to register for the SPG Power Up Promotion?

If you know of any $40/night Starwoods, feel free to share their location with me. 🙂 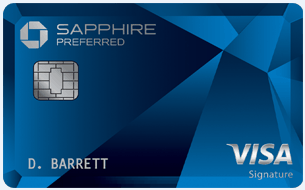 The Chase Freedom Unlimited is one of my favorite cards for earning cash back card and travel rewards. It offers a welcome offer of $200 (after spending $500 in the first three months).

Debra is a former 12-year travel industry executive and has traveled the world using airline miles and credit card points since 1994. She'll teach you the secrets of traveling well for less.

As an Amazon Associate I earn from qualifying purchases.

This site is for informational and entertainment purposes only. The owner of this website is not a financial planner, investment advisor, legal or tax professional. All articles are based on opinion, have not been reviewed, approved or otherwise endorsed by any of the entities mentioned in the post, and should not be relied upon for your individual circumstances.