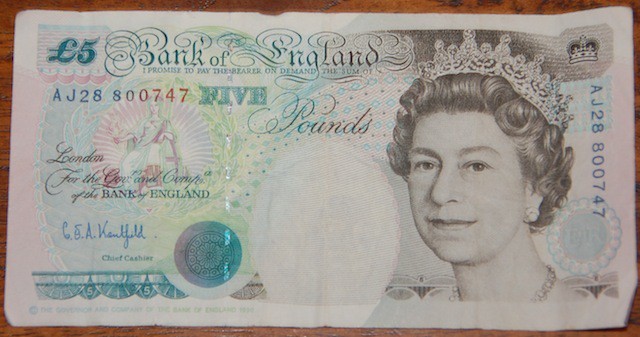 When you travel there are times when English isn’t English, even when you’re traveling in English speaking countries. In 2009, American Airlines offered rates to Europe that were ridiculously low, $300 roundtrip.  I took advantage of the low rates to fly to Europe several times, but one of my trips had me more sleep deprived than normal.  I flew from San Diego to London via Boston, London, and Munich before stopping in London, all in coach. Exhausted is an understatement.  I could barely stay awake in the lounge in Munich during my stopover.  If you’re interested, you can read about the trip on my personal blog here, here, here, here, and here.

Due to a flight delay we arrived into Heathrow hours after initially scheduled, at this point I was beyond exhausted and just wanted to get to my hotel.

The plan was to take the Hotel Hoppa to my hotel but when I boarded the bus the driver looked at the note and said that the note was old and he could not take it.  Or at least that is what my sleep deprived brain heard. And for the last three years, I believed that is what he said, until this week when I was going through my foreign currency.

The 5 pound Sterling that I thought I had handed to the driver.

I haven’t been back to Europe since those mileage runs in 2009 so all the currency and loose receipts from the last trip were folded together.

When I looked through the pile, this is what I found… 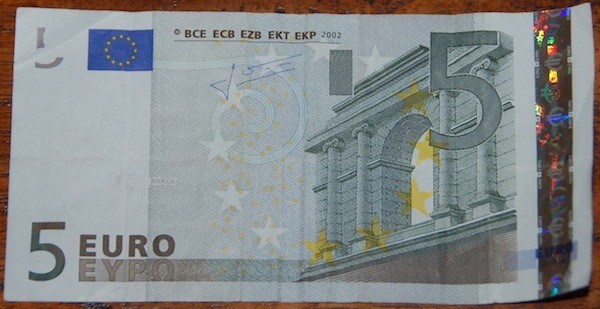 The 5 Euro note that I handed to the driver believing it was a 5 pound Sterling.

No wonder I couldn’t get on the bus.

Given that I had tried to get on 2 separate Hotel Hoppa buses at Heathrow, you would think that I would have realized that I was trying to pay with a 5 Euro note as opposed to a 5 pound Sterling note.

I failed to understand simple English when both drivers were telling me, “Luv, that’s a Euro.”  Somehow I heard, “Luv, that note’s old.”

Now that I’ve revealed what I dork I am, how about you?  Any funny travel stories?